Just because you’re getting older, doesn’t mean the fun has to end.

Four older ladies find a new lease of life when they discover E. L. James’ Fifty Shades of Grey trilogy; but rather than being defeated by the storyline, the ladies are determined to pursue their own quest for love.

Despite the trailer showcasing much of the Fifty Shades books, the actual film mentions very little of the books as it instead focuses upon the trials and tribulations of these four ladies as they attempt to negotiate their way through life all whilst trying to find romance and adhering to family expectations.

With a cast as brilliant as Jane Fonda, Dianna Keaton, Candice Bergen and Mary Steenburgen, this acting is nothing short of sublime throughout, with the only real downside to this film being it’s over-predictability in terms of happy endings.

Disgustingly violent fun; everything you could possibly wish for in a Deadpool sequel.

Deadpool is back with comedic vengeance as he becomes a trainee x-man who’s unwillingness to follow the rules results in a painful loss.

With unrivaled rudeness and tremendous amounts of gore, Deadpool broke onto the Marvel scene as an unexpected surprise, but unfortunately nothing has changed since this inauguration, which leaves this sequel feeling rather undeveloped in comparison.

Though the Deadpool wit and humor still remain, the plot takes a tumble as the unusual becomes all too familiar.

If a little more had been spent on the development of the script and little less on the all too frequent CGI battles, then this film may have been in with a fighting chance of making cinematic history, but alas, that was not the case.

Just when you thought your senior year at college couldn’t get any more stressful, your mum shows up.

After dedicating her whole life to parenthood and marriage, Deanna has an unpleasant shock when her husband decides to dump her after 30 years of commitment. But rather than turning her heartbreak into vengeful hatred, Deanna decides its time to put herself first for a change and returns to college to complete her archaeology degree. The only slight snag in her plan is that her daughter attends the same college.

As a lighthearted comedy, this film excels in filling cinemas with laughter from start to finish, as it draws on the inappropriateness of a mother-daughter college relationship, which results in a utterly flawless comedic goldmine.

With Melissa McCarthy as the go-getter mum, and Molly Gordon as the equally fierce daughter, this duo are able to delight audiences with their authentic on-screen relationship, which is only made better by the countless supporting actresses who also showcase their talents with effortless grace.

Not content with her looks or her career, Renee (Amy Schumer) finds herself awaiting a miracle.

Armed with the destruction of insecurity, this film manages to delve into societies inner most frailties by encompassing the medias persistent need for the acquisition of perfection amongst both men and women.

Instead of succumbing to the pressure of perfection, this film manages to shy away from what has now become the norm, and highlights the importance of self-love regardless of ones waist-size, race or sexual orientation.

Though Schumer retains her usual over-confidence, there is something very refreshing about seeing a woman take on a role such as this with such astounding bravery, especially when considering the onslaught of criticism this film has already received.

Whilst this may not be the funniest or the most original film of the year, it is certainly worth a watch for boldness of its intentions, even if the executions leaves a lot to be desired.

Finding herself a little worse for wear after the birth of her third child, Marlow follows her brothers advice and seeks assistance from a night nanny.

Despite being labelled as a comedy drama, this film is anything other than comical, as the seriousness of life becomes an ever-growing deeper seeded problem for this overwhelmed mother of three.

Charlize Theron takes this role in her stride as she heroically channels the challenges of motherhood with effortless finesse, making the story both believable and relatable without comprising on the film’s desired production.

Though the film faults itself with false advertisement and a somewhat limited audience base, the intrinsic talent is enough to carry the weightless and often disappointing plot. 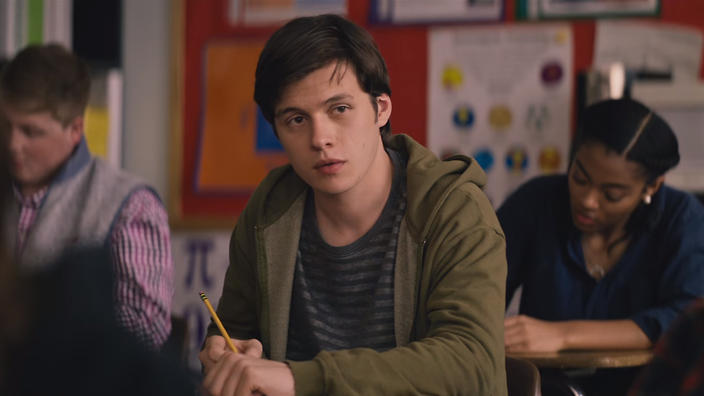 If there’s one thing you can always depend on, it’s that your parents will suck the fun out of everything and anything.

Three teenage girls are on a mission to lose their virginity, and there’s only one thing stopping them; their parents. After organizing a sex pact together, the girls head out for a prom night to remember, but unbeknown to them, their parents have full access to their group chat, and what ensues is understandably embarrassing.

There’s usually not much expectation surrounding coming of age comedies, mainly because Hollywood has already bled most possibilities dry, but this film truly does take ‘stereotypical’ to a new level, coupling lack-luster comedy with sketchy acting to recreate everyone’s worst cinematic nightmare.

Despite the overall feel of the film being painfully predictable, there are some aspects that provide a brief flash of light at the end of this very long tunnel, with the sheer ludicrousy of the film providing an unexpected comedic effect, which was probably not the intention of the creators, but creates much needed comic relief nonetheless.